I read in the newspaper that the film director José Antonio Bayona is shooting a film in the Sierra Nevada about a plane crash that occurred in the Andes. A new vision of that event that inspired Frank Marsall's famous film entitled They Live! If you remember, that film tells the story of a tragedy that occurred in 1972 when a plane carrying the rugby team crashed into the aforementioned mountain range. Of its 45 passengers, 29 survived, who had to resort to extreme situations to stay alive. Even cannibalism.

Sierra Nevada has served several times as the setting for a plane crash, but not for the cinema, but for the cruelest and most tragic reality. So much so that there is a Madrid mountaineer named Michel Lozares who ten years ago wrote a book about the eleven aviation accidents that have occurred in our mountain system. The most tragic and famous (because even the No-Do dealt with them) happened in the sixties. The first occurred in 1960 when an American military plane had to make an emergency landing next to the Picón de Jérez, at an altitude of 2,600 metres. The second occurred in 1964 when a French DC-6 got lost on its way to Mauritana and crashed in the so-called Tajo del Goterón, near the Alcazaba peak. In the first there were no fatalities but the rescue efforts of the wounded entered the chapter dedicated to the epic. In the second, all the passengers died, a total of 80, of whom 24 were children. In that accident only five victims could be identified, the rest were pieces of matted meat. There was a third accident that occurred in that decade (this time in 1966) when another American plane crashed in the so-called Peñones Negros, at an altitude of 3,250 meters. All eight crew members on board were killed. The damaged device was transporting vehicles and support material for the troops that participated in the search for the famous 'Palomares bombs'.

As you can see, Bayona has in Sierra Nevada an ideal setting to be inspired. Today I am going to talk about the most tragic, the one that occurred in the Tajo del Goterón, about which I wrote a lot on the occasion of the fifty anniversary of that tragedy. Next week I will tell you about what happened in the Picón de Jerez.

An image for a memory

"I saw in the distance the face of a child between two rocks. I got closer and found that there was no body, no skull, no brain mass. Nothing, just the face." Antonio Maldonado told me that when I interviewed him in 2014 on the occasion of the fiftieth anniversary of the fateful accident of a French plane that had crashed in Sierra Nevada. Antonio was 72 years old at the time and was one of the men who had participated in the rescue efforts for the victims.

Antonio clearly remembered the scene, despite the fact that 50 years had passed. It was an image, he told me, that had haunted him throughout his life. The child's face belonged to one of the eighty victims who had registered the aforementioned accident, which occurred on October 3, 1964. That day, Antonio told me, he would never forget it because he spent much of the morning collecting arms in a sack, legs and pieces of meat that did not even know the part of the body to which it belonged. It was very strong. Without a doubt the strongest thing that had happened in his life.

I perfectly remember Antonio's tremulous voice telling me about his ordeal. He was then a corporal at the Armilla Air Base. On the morning of October 3, 1964, he received a call from his superior. He had to report immediately to his office to carry out an important mission. Antonio was surprised that they called him because he was just a corporal, but it was Saturday and almost all the officers were on leave. Antonio heard what his superior wanted from him with a worm of concern clinging to his throat. It turns out that a DC-6 from Paris that had been lost on its way to Mauritania and that was initially believed to have disappeared in the Mediterranean Sea, had actually crashed in Sierra Nevada, in the La Alcazaba massif, at 15 kilometres, along a arduous path that is always uphill, from Trevélez. 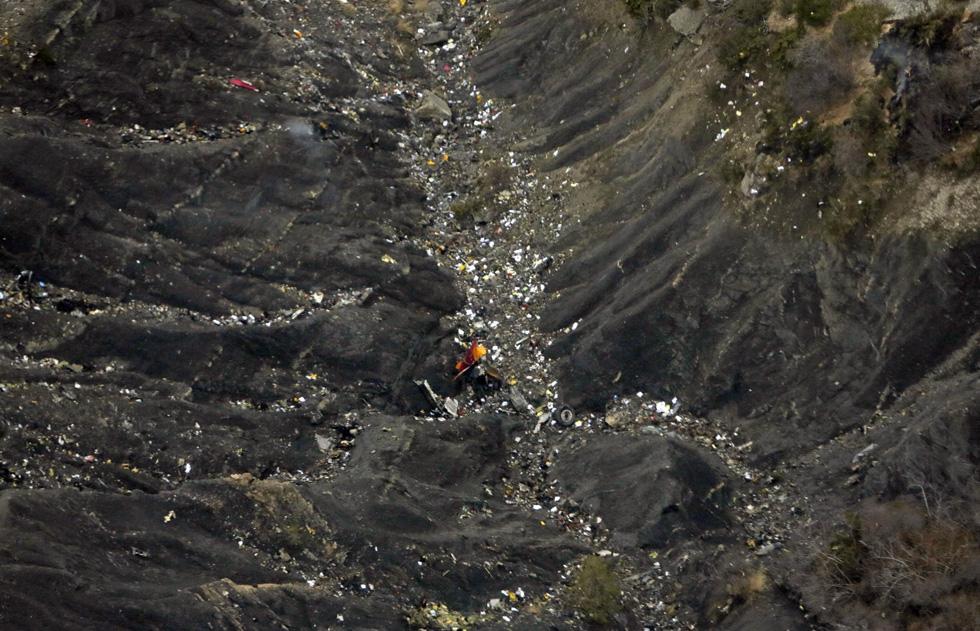 "My mission was to collect the corpses from the plane and their belongings so that I could later identify them. About twenty soldiers went there in a jeep and in a truck. I remember that it took us a long time because there was no paved road from Soportújar to Trevélez," he told me. But the story of the tragedy, known in Granada as 'the French plane', had begun almost thirty hours before.

Granada went through a prolongation of the so-called 'quince summer'. In the early morning of October 2, the track of an aircraft that had left Paris in the direction of Port Etienne, in Mauritania, had been lost. There were eighty passengers, five of them belonging to the crew. At a certain point, contact with him was lost. Radio Paris said in its "latest news" that the plane had fallen into the Mediterranean Sea, 45 miles from Mazarrón. Apparently, an English oil tanker had collected some remains of the plane and some survivors. "A French plane with eighty passengers falls into the Mediterranean," was the headline in the newspapers the next morning.

But the plane had not fallen into the sea. A shepherd from Laújar and a sergeant from the Berja civil guard saw him crash in the Granada mountains, who informed his superiors that he had seen the fall of an object engulfed in flames near the Veleta. They were moments of confusion.

Despite the fact that the official thesis was the fall into the sea, a group of five volunteers mobilized by the Civil Guard, left Trevélez to search for the possible remains of the plane. At about seven o'clock in the morning on day three, a civil guard and a resident of Trevélez named Fermín González, "saw a black spot near the summit of the Alcazaba. They went to it and, after arriving at the place, found the remains of the four-wheeler: no sign of life, only desolation", explains Michel Lozares in his book.

The event was soon made public. The next day Ideal and Patria broke the news. Through the chronicles of the special envoys and the photos of Torres Molina, readers were able to gauge the magnitude of the tragedy. It was said that the plane had crashed in the abrupt and inaccessible area of ​​El Goterón, at an altitude of more than three thousand meters, which made rescue extremely difficult. It was then that Corporal Antonio Maldonado was sent to the scene with twenty soldiers and forensic captain Tallón.

This is how Antonio told me: "We arrived in Trevélez in the middle of the afternoon. We took supplies and especially chocolate, as it is very good to combat altitude sickness. They lent us mules and donkeys and we left for the accident site at five in the morning. With us came some shepherds and neighbors who knew how to get to Goterón. It was a very difficult climb. Suddenly we saw a plane wheel embedded between two stones in a ravine. We thought we were close but no, we still had more than an hour to go. We kept going up until we saw a huge black stain on an esplanade, as if tar had been spilled. The smell of roast meat was unbearable."

From then on, those sent to the mountain needed to bite the bullet to carry out their work. They had to put the human remains scattered in a radius of more than two hundred meters in one type of sack and the belongings in another type of sack in order to identify the corpses. In the end, only five people could be identified. "We took the bags with human remains to the Trevélez church, where the coffins were waiting."

The pantheon in the cemetery

Antonio told me that he carried in his soul the memory of that day, that he considered it the saddest of his life. "It is curious, but the man is capable of the highest demonstrations of heroism and at the same time of the lowest vileness. I say this because some of the people who went up dedicated themselves to looting and keeping the belongings of the victims. That day and the following. I am not to judge that and more so thinking that many of those people had needs. In short," said Antonio Maldonado, who, upon leaving the Army, became a businessman and until about a year ago was responsible for the Food Bank in Motril.

Most of the victims of this accident were buried in a common grave in the Granada cemetery of San José and nine months later a mausoleum was inaugurated that currently exists in said cemetery.

"There were those who said that a chest with gold had been found, but those are urban legends. The only gold that was on the plane was the one that the victims were carrying," explains Javier Garuiz, a researcher who has always been passionate about this story. , to which he has dedicated thousands of hours of study in order to write a book.

"I had not been born when the accident happened. But my father told me about it. He told me things and I became passionate about the subject. I have been collecting data on this story for years. I have a lot of information about the tragedy and I have contacted several relatives of the victims. We must bear in mind that until then it had been the biggest plane crash in Spain".

Javier told me that most of the travelers were workers from an iron mine in Mauritania who had spent a few days on vacation in their country and were returning to their jobs. Also on the plane was the Spanish engineer Julián Bielsa, an exiled aeronautical engineer, who was the general director of Civil Aviation in Mauritania. And the Countess Marguerite Marie Trouve, who was with her three daughters. Perhaps the most dramatic case was that of a woman, Denise Patin, who was traveling with her three young grandchildren.

The accident gave rise to a beautiful story of maternal love. A woman named Andrea Martínez Andaluz, who was the mother of the deceased pilot and who lived in France, came to live in Granada just to go to the cemetery every day to pray to her son. She was called the 'cemetery pilgrim'. She spent several years going up to the Granada cemetery every day. When she died she asked to be buried next to her son. The cemetery agreed to that request and her remains are in a coffin inside a pit excavated in the mausoleum enclosure where the remains of the plane's victims are found.

As for the causes, Javier Garuiz tells me, they were never clarified. "At that time the planes did not have a 'black box'. There were some flight recorders but they did not definitively clarify the reason for the impact. I am convinced that the flight plan was changed and they did not count on a mountain of more than thousand meters high.

He thinks that the accident caught almost all the passengers sleeping and that not even the commander of DEC-6 noticed. The impact was tremendous. The plane almost completely disintegrated. The time of the accident is believed to have been half past five in the morning because the clocks of several passengers had stopped at that hour, that fateful hour. 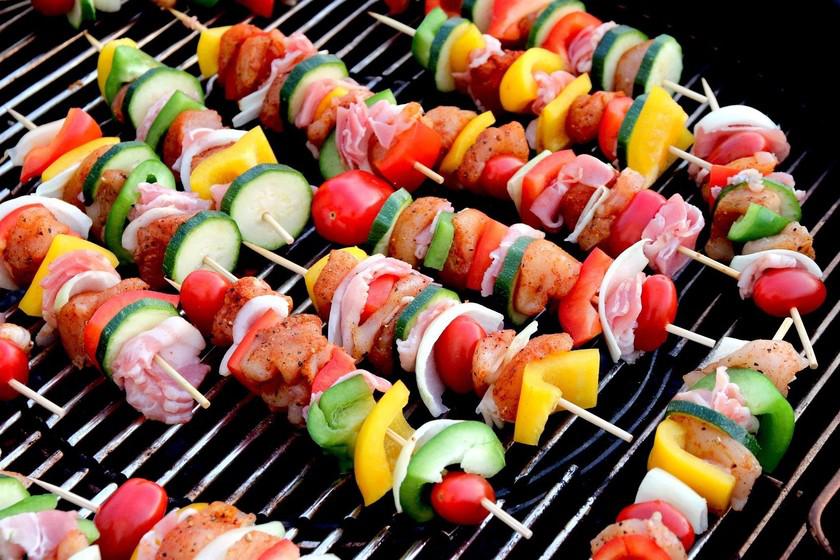 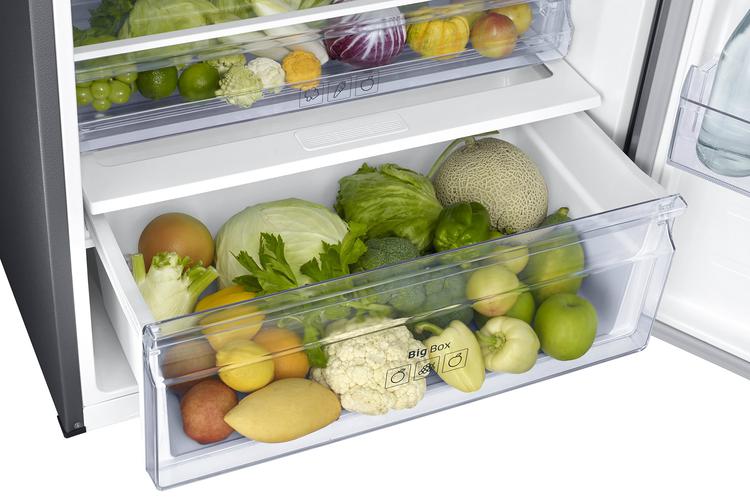 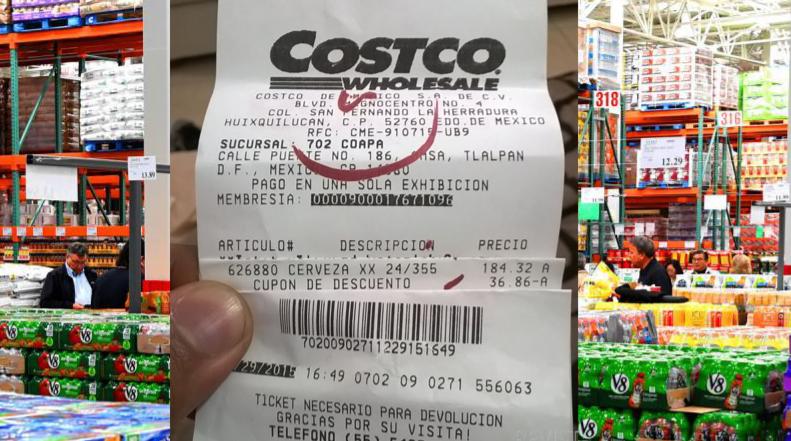 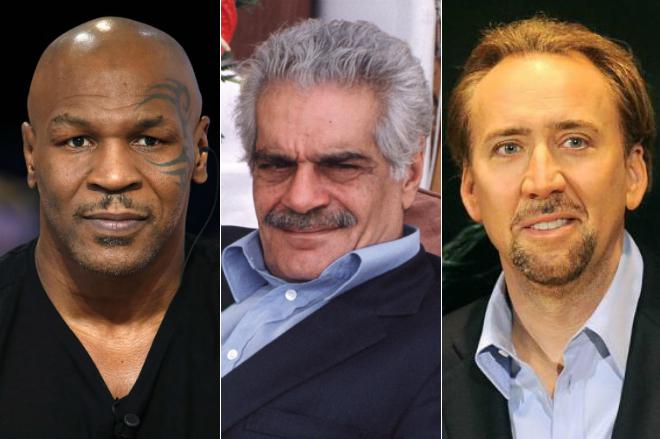